Imam Barkati, Mamata and the destruction of Bengal The Imam of the Tipu Sultan Masjid in Tollygunge, Kolkata, the voluble and large Nurur Rehman Barkati, who has lamentably emerged over the years as the chief political adviser and guru of Mamata Banerjee, needs to be stripped of his Imam-hood and subjected to a thorough examination – of his cerebral capacities.

In fact, Barkati symbolises the degeneration that is gradually setting into Bengal’s polity under CM Mamata.

His rant against the PM at a press conference on Saturday – he issued a fatwa, offering a reward of Rs 25 lakh to anyone who will “cut off PM Narendra Modi’s beard, shave his head and smear him with black ink” for “bluffing the society” through the noteban – in company with a sitting Trinamool Congress MP, Idris Ali, shows how deep the corrugation has penetrated the polity of Bengal and how Mamata is willingly giving space to forces that she may herself be incapable of regulating someday.

Most of the mainstream parties have kept silent on Barkati’s statement, the upholders of Indian “secularism” – the exalted highnesses of the politbureaus, the princelings of the Congress including its matriarch and the others as well.

By keeping silent – they are either expressing consent with what Mamata’s minion Barkati says or do not have the gumption to take regression head on while paying lip service to the writ of the Constitution.

It is deeply unsettling to see that the writ of some shockingly regressive mullahs run in whatever remains of the land of Tagore, of Vivekananda, of Sri Aurobindo, of PC Ray, of BC Roy and of Syama Prasad Mookerjee.

Bengal, under Mamata and her band of “harmads”, refuses to recognise the noble, refuses to participate in this effort of creating a new India.

Last Saturday, while addressing a state conference of teachers, university professors and vice-chancellors, in a near coherent speech – perhaps because a few foreign academics were in the audience – Mamata dramatically spoke of the need to make Bengal great and of the need for every Bengali to remain connected to their roots.

But the irony of ironies is that Mamata herself is ensuring that Bengal’s roots are uprooted and her psyche scarred. Her support of the likes of Barkati and other such elements show how far she is willing and determined to go and jettison Bengal’s future in order to strengthen her brand of politics which is essentially anti-India and anti-India’s national interest. Khagragarh, Kaliachak were examples of that as was Dhulagarh recently. 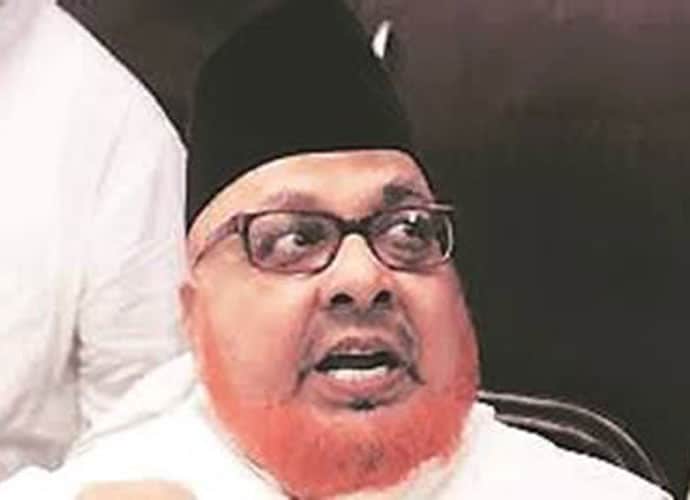 Barkati has over the years, especially since Mamata came to power, behaved publicly as an extra-constitutional authority.

Barkati’s shameless, disgraceful and utterly condemnable statement on the Prime Minister demonstrates that he is unfit to continue to hold any kind of position and is not tuned to living within the jurisdiction of the Constitution.

Such people of course suit Mamata because she herself has scant regard for the laws of the land, for the democratic spirit and framework of her state and of the Constitution of India. So degraded is the visible section of the Bengal intelligentsia, or so in awe are members of it with Mamata and her minions – especially of the type of Barkati – that they have consistently kept silent on his antics and never ever dared to condemn his venomous statements that are contrarian to the spirit of the Constitution.

All their protest, all their rejoinders are reserved for Modi; in his condemnation they are all united.

Living in a warped mindset that is stuck in medievalism and feudalism, Barkati has over the years, especially since Mamata came to power, behaved publicly as an extra-constitutional authority calling for leaders to be stoned, to be hit and to be hounded.

The ingratiating is mutual – Mamata kotows to Barkati and Barkati to Mamata – each does so following a calculated plan, hoping to strengthen and infuse oxygen into their extreme constituency.

Barkati’s sudden activism has also spread consternation among others of his co-religionists who see him as a usurper and an outsider with a personal agenda.

Meanwhile, with political patronage and protection, Barkati and a group of Trinamool Congress leaders, the likes of whom were giving Barkati company when he was delivering his rant against Modi, are continuing to shrink Bengal’s democratic space and strengthening extremism and radicalising the political discourse.

Both, the politics of Trinamool Congress and the religious demagoguery of the likes of Barkati, have to be staunchly opposed at every step and on every occasion – only then can Bengal be salvaged from the swamp that it is gradually being pushed into.