What are Mamata’s political options now?

Political equations are changing rapidly and post the monsoon session, national politics seems to be poised for another swivel. Can the West Bengal chief minister handle it, asks Anirban Ganguly.

Even as she loudly applauds the first ‘Bengali’ President at his swearing-in, Mamata Banerjee will perhaps be plotting her next political move. Things have not been going her way ever since she emerged from the hallowed portals of 10, Janpath and in her habitué street corner meeting tone divulged to the nation details of what was supposed to be a highly secret and sacrosanct meeting. That she actually helped Pranab Mukherjee by the act is another matter altogether, analysts have shown how the move forced Sonia Gandhi to prop up Pranab for the post, much against her wishes.

Stung by Mamata’s audacity to publicly ridicule the first family and breach the sacred cordon-sanitaire around it, second and third rung Congress retainers swung into action by publicly calling her names while the family’s political managers worked over time to net Mulayam Singh Yadav in and isolate the maverick ally. Finally, fearing cross voting from within her ranks in favour of Pranab under whose watchful tutelage and munificence most of the current crop of Trinamool Congress leaders cut political teeth, and apprehensive of the effects of a backlash due to a hurt Bengali mass sentiment, Didi ate humble pie and did what she had never done in decades — perhaps in her entire political career — voted with the Left in supporting Pranab, albeit with a ‘heavy heart’.

The Congress managers, all past masters in the art of wielding political power, had salvaged a sinking situation; they had isolated Didi, divided the National Democratic Alliance, pushed the Bharatiya Janata Party into a corner, sown dialectical confusion within the Left and had once more won over, with threat and coax, situational allies like the Samajwadi Party and the Bahujan Samaj Party.

Though a jubilant Pranab thanked Mamata for making his victory a complete one and she returned the compliment by asking him to visit Kolkata in his maiden visit as President, an outmaneuvered Mamata seems to be bidding her time. A sample of what is in store came out on the martyr’s day celebration in Kolkata on July 21 when a ballistic Mamata again demanded dignity and threatened that she could go it alone in the state in the future and needed no central or state props. She reminded her audience that she had visited Delhi at least 50 times demanding a bail out for the state and was repeatedly ignored —  implying that their beloved, to be Bengali President, had ignored Bengal’s special claims and entreaty.

But while Mamata frets and fumes, her options, at the moment, appear to be limited nationally and even in Bengal. Her dreams of engineering a third-poll in national politics were postponed the day Mulayam confessed that he was simply thinking aloud while suggesting A P J Abdul Kalam for the presidency. Even though he is now trying to reach out to her again and make amends, Mamata remains wary of Mulayam. She is just not made to tackle and deal with crass heartland politicos.

Mulayam, with target-2013- as-PM in mind, seems to be extending the olive branch to Didi. He has decided to reconvene the cancelled SP national meet in Kolkata later in September this year and hopes to rebuild his bridges with Mamata by then. His emissary, the erstwhile fisheries minister in the Left front regime, Kironmay Nanda, is known to be working overtime to mend fences.

But Mamata would perhaps continue to remain suspicious of Mulayam; it is too early to say whether she will support him as PM in the eventuality of a third alignment emerging in 2014. Her bargaining power at the Centre would depend on her performance in the state, where, if she ditches the Congress, she risks a repeat of past performances when a divided Congress and TMC ensured the survival of the Communist juggernaut in Bengal.

It may be difficult for her to align with the Congress in the Centre and fight alone in the state. The resurrected and increasingly vocal West Bengal Congress may refuse to toe that line anymore. Her staunch critics like state Congress president Pradip Bhattacharya and Murshidabad MP Adhir Chowdhury may demand that she either be in or out at all levels. To top it all, the TMC itself may face a split in the near future, with a faction going with the Congress. Mamata’s former mentor turned tormentor turned protégé, Somen Mitra, the former WBPCC president, and a few others are, it seems, already sulking at being politically ignored and neutralised.

Her options with the NDA are obviously closed. She cannot appear to be aligning with the ‘communal’ BJP when the bulk of votes which swung results in her favour in Bengal came from the minorities, who after a prolonged and drama filled campaign by Mamata decided to finally forsake the Left. The BJP, however, leaves no opportunity to prod her to leave the UPA hoping that she will turn to it. Ground equations in Bengal roundly belie that hope.

The dynamics of Bengal politics has greatly changed today from what it was a decade back when the NDA was in power in Delhi. Mamata today needs minority votes en masse in order to survive. To add to her woes another UPA ally the Baddruddin Ajmal-led All India United Democratic Front has just opened shop in Bengal and has also begun wooing a section of the minority leadership in the state. Even if Mamata does extend ‘issue-based’ support to the NDA in the future, is the BJP really mentally equipped to suffer her dictates and unpredictability? It holds the ominous record of being marooned in a cup of tea by another unpredictable ally in the past! The memory of Mamata’s past flip flops as an NDA ally surely continues to give it jitters.

Mamata’s options are limited and intertwined. She has to think hard and fast. Political equations are changing rapidly and post the monsoon session, national politics seems to be poised for another swivel. Can she handle it?
As she enters the Central Hall of Parliament, Didi will, no doubt, be preoccupied with these existential thoughts. And while she plots her next political move sitting opposite him, Pranab shall at last savour his first moments of un-reflected glory.

As they say, Joy Bangla! 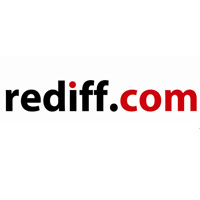