He begins with Swami Vivekananda who had a very catholic and wide interest in both world and Indian art. His emphasis was on the great principles underlying the phenomenon of Indian art. Ananda Coomaraswamy thought that Indian art and craftsmanship should have a central role in Indian national feelings. Ganguly points out that Coomaraswamy called upon all political nationalists of the period to “believe in the regeneration of India through art and not by politics and economics alone”. According to Rishi Aurobindo ,aesthetic education was important to develop Indian spirit. Sister Nivedita argued that “a combination of the past historical-cultural memory could serve to reinforce not only a national sense in the people but would equally awaken their cultural sensitivity and quest”. As Ganguly argues, this was essential “for developing and recreating a binding national unity”.

John Woodroffe, who is known for his researches in tantra, defended Indian culture against harsh criticism and thought that this was due to ignorance. Ganguly draws attention to K M Munshi’s concern for the rejuvenation of the Somnath temple and his idea that this was important to highlight the continuity of Indian culture. Syama Prasad Mookerji was deeply conscious of India’s cultural interaction with the neighbouring lands and so was Jawaharlal Nehru who was fascinated by Buddhism and its wide impact.
In Chapter 9 of this volume, the author points out the sorry state of affairs to which the study of culture has officially sunk in India. This, if I may say so, is mostly due to the incompetence and unwillingness of the concerned people to perform their official duties. The recent CAG reports on Indian Museum, Victoria Memorial, Viswabharati and the Archaeological Survey of India are sharp pointers in this direction. In the context of the CAG reports, one is forced to ask if these organizations serve any national purpose and should continue to exist in their present forms.

Indian professional historians have by and large ignored the thoughts of the persons whose writings have been highlighted in this book. Dr Ganguly’s emphasis on their relevance to the development of cultural awareness in this country is a path breaking effort. 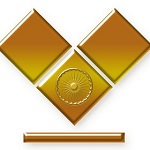