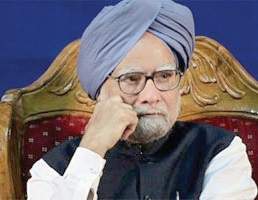 It was one of those rare days when one could clearly make out what Congress leader in Lok Sabha, Mallikarjun Kharge, was saying. Usually, his repartees and heavily elliptical arguments are almost always lost because of the raucousness of his voice and wild gesticulations aimed at the Chair and treasury benches. But this time round, since he was clear, the entire House heard when Kharge referred to dogs in PM Modi’s family and then, like an obediently drooling dynast, referred to the sacrifices made by the “family” he continues to serve. In fact, over the decades, by design and repeated articulations, an impression has been drawn which primarily argued that it was one political family—the Nehru-Gandhi family—which has sacrificed the most for India, pre and post-Independence.

This narrative deliberately omitted a large cross section of patriots and leaders who contributed to the struggle for freedom, sacrificed their lives, their prospects so that India could be free. Generations of Indians grew up without even hearing the names of these leaders or of their contributions. Kharge and the entire Congress bench, intellectually suppressed under the burdensome legacy of the Congress first family, have also displayed their ignorance or have deliberately distorted the reality when they took names of Nehru-Gandhi family members and spoke of their sacrifices for nation.

Since it has been the custom of the Congress and many of its articulate and eminent leaders under the category of the arts and literature—the likes of Mani Shankar Aiyar—to brand their political opponents with choicest expletives, the party members accepted Kharge’s volley as something natural. It was doubly welcomed since it was aimed at Modi—for them a chaiwala of lowly origins who had dared to question, break and dissolve the stranglehold of the Lutyens’ caucus over narrative creation in the country.

Since the expletives were aimed at Modi, they were largely digested in silence by his political and intellectual opponents. But the silence was broken, the cawing and grunting began the moment Modi’s “raincoat” repartee came in reply to the Oxbridge-educated economist and former PM Manmohan Singh’s “organised loot” accusation. While it was acceptable for a section that the Lutyens’ caucus refer to “dogs” and “organised loot” while referring to Modi, it was unacceptable to them that Modi give a response to the accusations, and that too in a manner that fitted with the highest Parliamentary decorum and tradition of repartees, of jibes, and of humour and of sparring. In reality, by reacting as they did to the PM’s rejoinder, the Congress and communist parties have displayed a decaying intellectual quotient—among the first casualties of such decay is a depletion of the sense of humour and of good spiritedness, especially in public debates and dealings.

Kharge’s recent expletive-laden volley, including past ones by his bosses Rahul and Sonia Gandhi, aimed at Modi, actually expose a crucial and degenerative state of mind or being that Congress and its top leaders—especially its vice-president and president—have been periodically afflicted with. This very disturbed state of mind comes from the realisation that Modi, after a long hiatus, is one leader who has emerged as the great disrupter, a questioner and decimator of status quoism that has long shackled our systems, allowed perpetuation of dynastic rule, benefitted a handful and consigned to the periphery a large section of the people.
Modi, unlike his predecessors, has not only questioned this status quo, but in the past three months has disrupted this entire programming of convenience. It is that which elicits this nervously rabid reaction.