Need to end the national culture of selective forgetfulness 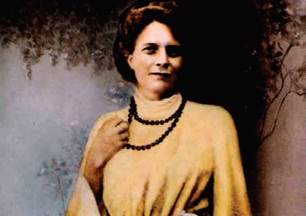 In our collective reading of India’s history and in that in narrating the lives of those countless personalities who made a contribution to our national awakening—political, cultural, and educational—we have often been selective, constantly eulogising some while marginalising others. This often flaunted habit, especially by an interested and influential section in the academia and in the political arena in the last seven-odd decades since India’s independence, has promoted a national culture of selective forgetfulness—of amnesia.

In the process, some of our multifaceted and inspiring personalities, who have been integral not only to the struggle for national emancipation but who have also more importantly helped preserve the nation’s civilisational identity, having rekindled faith in her spiritual and political destinies, have today nearly disappeared from the national discourse. In short, many of those who had directed through their multifarious actions the long suppressed national soul towards utterance and self-expression have been themselves suppressed and edged out of the collective national consciousness post-Independence.

Sister Nivedita—Margaret Noble—is one such personality, fitfully remembered or commemorated, and yet a persona, whose contribution to our quest for self-discovery was epochal. Her impact was profound.
Gurudev Rabindranath Tagore wrote Nivedita ‘did not come to us’, ‘with impertinent curiosity of a visitor, nor did she elevate herself on a special high perch with the idea that a bird’s eye view is truer than the human view because of its superior aloofness.’

Tagore argued that Nivedita not only ‘lived our life and came to know us by becoming one of ourselves’ but ‘she became so intimately familiar with our people that she had the rare opportunity of observing us unawares.’ Nivedita never indulged in generalisations as most other foreigners did, she had a ‘comprehensive mind and extraordinary insight of love’ which enabled her to ‘see the creative ideals at work behind our social forms and discover our soul that has a living connection with its past and is marching towards its fulfilment.’ Being ‘an idealist’, observed Tagore, Nivedita ‘saw a great deal more than is usually seen by those foreigners who can only see things, but not truths.’

To Benoy Kumar Sarkar, a leading mind of a later era who was closely involved with the national education movement and had seen Nivedita at the height of her nationalist action, she was a ‘humanist and a public worker in every field—patriotism, education, politics, nationalism, industry, history, moral reforms, social service, feminism and what not… She was a colleague of almost everybody who was anybody in the movement of those days in Calcutta.’ Nivedita was, as Jean Herbert, French orientalist and Indophile, wrote in his moving preface to Lizelle Raymond’s classic biography of hers, ‘both astonishingly multiple and profoundly one.’

That the ‘revolutionary patriot-poet’ Subramania Bharati saluted Nivedita as his ‘guru’ shows the extent of Nivedita’s influence and the depth of the inspiration that she had generated. Bharati dedicated the ‘first two books of [his] poems to her and preserved the leaf of a Himalayan tree that she gave him and revered it till the end of his life.’ It was Bharati, immersed in his reverence and deep admiration for Nivedita, who dedicated his group of poems on Bharat Mata and Shakti to her.

In his own poem as tribute to her, Bharati addressing her as ‘Nivedita, Mother’, wrote of her as the  ‘Sun dispelling my soul’s darkness,  Rain to the parched land of our lives,  Helper of the helpless, Offering of Grace,  Destructive fire to the evil in men…’ As we stepped into the 150th year of her birth this October 27, it would be well to recall, in some continuous measure, the various dimensions of Sister Nivedita’s life, a life dedicated to India and to her civilisational self-discovery.