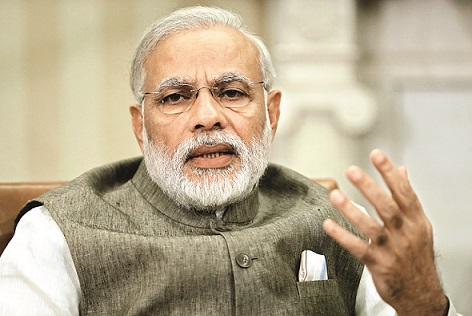 The Prime Minister has shed his aloofness for good.

The conduct of the principal opposition party and especially its dynastic scion and his courtiers during the Gujarat election should set alarm bells ringing.

Mani Shankar’s Aiyar’s casteist expletive hurled at Prime Minister Modi, Rahul Gandhi’s cavalier attitude towards that expletive by indirectly trying to justify it, his own opportunistic temple-hopping spree, his enlisting a known anti-national, Salman Nizami who has called for Kashmir’s separation from India as a Congress campaigner in the state, his senior party leaders’ hobnobbing with Pakistani leaders during the height of electioneering in Gujarat and at first brazenly denying it and then within 48 hours trying to justify it, his party minions’ casting aspersions on the Election Commission of India, on the Chief Election Commissioner accusing him of working as the PM’s private secretary, of prostrating before the Prime Minister, all mark a new and dangerous low in Indian politics. A movement towards this low was in fact initiated in 2007, when Congress President Sonia Gandhi accused Narendra Modi of being a “maut ka saudagar” – merchant of death.

The intellectual elite of the country had then kept silent, simply because this invective was hurled at Modi and the one to hurl it was their benefactor patron-saint, one who was part of and symbolised their own elitism. Since then, there has been no looking back, the invectives hurled against Modi have only become sharper and more degrading and yet it did not set alarm bells ringing, because Modi did not respond nor did he rebuff. The alarm bells have started ringing now primarily because Modi chose to respond to those invectives.

It is perhaps a sign of the times, the new normal, that demeaning the Prime Minister of India, insulting the Prime Minister’s persona, belittling his standing, abusing him, insulting our constitutional institutions, indulging in low level demagoguery in trying to outdo each other in trying to demean Modi and the canards spread about his personal life, will not bother many opinion makers. At least certainly not those who spew their venom-laced opinions through the columns of some English dailies and secretly despise Modi because he risen through the ranks and not through the links of a family lineage or an elite club.

In fact, such a retrograde behaviour, such lowly attitudes, and approach towards our democratic set-up is now normal for the principal opposition party and for those intellectuals, academics and opinion-makers who have spent a lifetime justifying its actions and excesses.

In a democracy, it is but natural that there will be deep differences, attacks and counter-attacks, leaders will be targeted and their decisions questioned, these are legitimate in a “competitive democracy.” But for the principal opposition party and its leaders to initiate a calumny campaign against the Prime Minister, to abuse the ruling party’s national president, to unleash a cabal of minions who attack them personally, to accuse Narendra Modi of being a leader who excels and revels in creating fissures and in marginalising large sections of the population, to accuse him of being lowly, to accuse him of being a fascist is indeed despicable, it certainly displays a “new viciousness” – or is it new, since it is a viciousness that the Congress, its first family and its courtiers have always displayed towards Modi and his principal lieutenant Amit Shah.

In the entire Gujarat campaign, even by the low standard the Congress had set for itself for the last one decade –recall that it did not even spare Amit Shah when he had dared to taken on terrorists, it did not spare Modi and when it could not conjure up anything else, it accused him and his team of spying on a lady citizen of the state, such was the nadir of the standard that it set for itself – the party has only excelled in leveling wide allegations, false claims and in trying to deliberately mislead the people of the state and in communalising the atmosphere.

But, Prime Minister Modi has certainly done us a favour, at least to millions of those “bhakts” as well as “non-bhakts” who look up to him, who see reflected in him possibilities for India, whose aspirations he symbolises. At least he has broken his silence in this campaign, he has shed his aloofness, he has shed his habit of regally ignoring the repeated brickbats, innuendos, abuses hurled at him. He decided to take head on those who attempted to spread the poison which degrade democratic institutions, he decided to expose those who have, during the entire campaign, attempted to divide people on the basis of caste and have tried to ruin and destroy the state’s stability and peaceful social fabric. He has decided to expose them and those who were the perpetrators of curfew-raj over Gujarat for years, he decided to take head on those who, through a deliberate design, have decided to play havoc with our essence as a democracy, who have, throughout the Gujarat campaign and throughout the last two years, displayed an insecurity that comes with powerlessness.

Modi will win the Gujarat elections, because people, having seen through the game of deception and ruse that the Congress habitually plays, will want the new India narrative to prosper. But more ominously, Indian democracy, it is true, is indeed at the crossroads “where all its inner demons and repressed ugliness are playing out in the open” – the Congress party’s behaviour in the current Gujarat elections has reinforced that truth– certainly such a phase requires “statesmanship, not nauseating divisiveness”, fortunately for us Modi survives and continues to grow and to provide that statesmanship, he survives all attacks, all aspersions and all abuses.

Had it been left to the Congress, to its dynasty and to its minions – both intellectual and political – they would have certainly taken “India down the road to ruin”, such are the symptoms and results of an insecurity induced by a profound and irrevocable sense of powerlessness.