The BJP’s resounding victory in the elections in the northeastern states has conclusively broken one of the most resistant stereotypes, that of the party being a “Hindi heartland” party. BJP President Shri Amit Shah has clearly decimated that reductionist description and has seen his insistence that the party push eastward, fulfilled. When he had taken up the reins of the BJP, one of the early points that Shri Shah had made was on the need for the party to expand its base beyond its present geographical limits. Such an expansion, he argued, would give it greater stability and strength. Despite efforts by interested groups both religious and political, despite attempts being made to portray the BJP as a negative force in the politics of northeast, the mandate in favour of the party was one of clear acceptance.

The inroads that the party made in this round of the state elections in the region is the result of years of efforts that leaders and cadres put in on the ground, sustained by a tenacity that is seen only in a party which is ideologically inspired and has sprung from a long ideological churning. A transformative narrative of governance that has appealed to aspirations and highlighted an effective model also attracted and convinced people of the region. Prime Minister Narendra Modi’s message for the people has been of greater integration, greater opportunities and of greater hope and they people responded to that message through conferring a clear mandate. The BJP’s narrative of governance and of India has exposed the hollowness of the communist model in Tripura, which for nearly a quarter century could do little in terms of the state’s development, opportunities and in way of fulfilling the peoples’ aspirations.

While the Congress president spends his holidays in balmy Italy, is yet to reconcile himself to a life of full time politics and is never by the side of his workers and leaders, especially when they are defeated and demoralized, BJP president Amit Shah and his lieutenants lead from the front, are active on the ground and in both victory and defeat are seen standing with the rank and file. The Prime Minister continues to be the indefatigable campaigner for his vision of governance and for the party’s outreach. This solidarity acts as an elixir for the political worker on the ground, for the booth level worker, for the district worker, for the workers of the party’s frontal organizations, to persist and push for altering the electoral dynamics. In short, this sense of solidarity galvanizes the rank and file of the party in their pursuit for power and political permanency.

One of the principle reasons for the BJP’s expansion has been its multi-dimensional outreach initiated in the last four years. The party has not ceased to reinvent and re-articulate itself during this period. Its convincing narrative of governance and development, matched with action at the grassroots, its robust narrative of enhancing India’s international standing and prestige, its message for each section of society, especially for the marginalized has been convincing and articulate. It is also interesting to note that despite earning such a huge electoral mandate and majority, the BJP, has not displayed complacency in the last four years. Through a series of activities, outreach, initiatives, both political and societal, the party continues to be relevant and evolving. The legitimate pursuit for power has amplified its positive actions into many directions.

In fact, when the first plenary of the party took place in Mumbai in December 1980, few who had gathered there, would have imagined that the Hindi heartland party description would someday be deleted and that the BJP would eventually, through years of toil, expansion, recalibration, emerge as a pan-Indian party and see its narrative of India gradually become mainstream.

The northeast results have finally given a firm shape to that hope and dream. 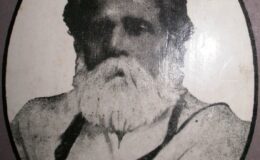