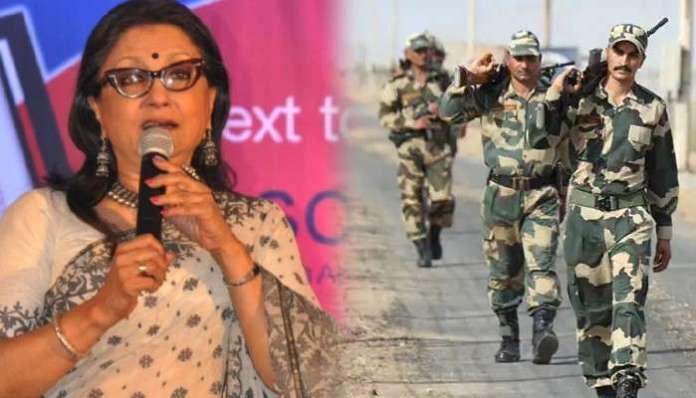 Left front leader Aparna Sen had opposed the centre’s decision and made objectionable comments about the BSF. She spoke about the “excesses” by the BSF in Assam and Manipur and said that it would increase the problems of people.

On Monday, the Left Front had organised a press conference at the press club in Kolkata, where actress-director Aparna Sen expressed anger over the centre’s decision to extend the jurisdiction of BSF in West Bengal. She said that the military is being given more power than they are supposed to get.

She had further said that the condition of people in the state is already bad, and if the power of BSF, it will be more miserable. She urged the govt to think about the people living on the border, so that they can trade and cultivate as per their choices. She also spoke about the “excesses” by the BSF in Assam and Manipur and said that it would increase the problems of people.

Along with criticising the central govt, Aparna Sen is also accused of abusing the Border Security Force personnel by calling them ‘rapists’ and ‘murderers’. These comments by her have now landed her in legal trouble, as BJP leader Anirban Ganguly has sent her a legal notice demanding unconditional apology.

Aparna Sen was not the only one to abuse the Central Armed Force, TMC leaders had also used similar language during the discussion on the resolution in the assembly. While opposing the move to extend the jurisdiction of BSF, Trinamool Congress MLA Udayan Guha had accused BSF personnel of atrocities on people, and had alleged that when women cross the border, the jawans touch the women inappropriately under the garb of frisking.

“We have seen the kind of atrocities that BSF perpetrates on people. A child who has witnessed his mother being touched inappropriately under the garb of frisking, when she returns from the field, can never be patriotic, no matter how many times you chant ‘Bharat Mata ki Jai’ in front of him. These incidents give birth to anti-social elements,” Udayan Guha had said.

Just a few days earlier, the same TMC leader had said that BSF personnel could be involved in smuggling. He said that after BSF had shot down two cattle smugglers at the Indo-Bangla border. He said that without the help of BSF, no one can smuggle any item either from India or Bangladesh. 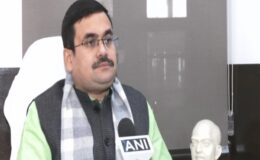