New Delhi [India], December 31 (ANI): West Bengal Chief Minister Mamata Banerjee is like an extreme fascist in her state, Bharatiya Janata Party leader Anirban Ganguly said on Thursday, days after West Bengal Governor Jagdeep Dhankhar claimed that appointments of vice-chancellors of 24 universities in the State were made without his approval or in defiance of orders.

“I think it is an unprecedented move by the Chief Minister. In the history of Independent India, no governor of any state would have faced such kind of behaviour,” he said.

Referring to the recent meeting by the Governor with Vice Chancellors of all universities, he said, “It was in his (governor’s) jurisdiction to do so. It is under his constitutional power. Moreover, it is surprising that despite informing the officials of the universities, not a single VC came. Many wrote to the Governor that due to the situation posed by the spread of COVID-19, they cannot come.”

“The governor again wrote a letter to these chancellors to postpone the date of the meeting. This incident was so shameful. The Governor of West Bengal, who is the chancellor, is sitting for the meeting and all the tables and chairs are lying empty there,” he said.

The BJP leader called the appointment of Vice-Chancellors of the University without consulting the Chancellor as completely unconstitutional.

“Many vice chancellors have no academic standards or qualifications. This is happening for the first time that the vice chancellor of the university is refusing to hold a meeting with his chancellor. The appointment of Vice Chancellors of the University without consulting the Chancellor is completely unconstitutional,” he said.

All these incidents highlight the extreme fascist nature of the West Bengal Chief Minister, he added.

Earlier on Thursday, Dhankar tweeted, “VCs of 24 Universities appointed @MamataOfficial in disregard of law. These are ex-facie in defiance of specific orders or without approval by Chancellor, the Appointing Authority.”

“These appointments carry no legal sanction and would be forced to take action unless soon recalled,” he added. (ANI) 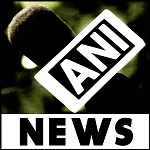