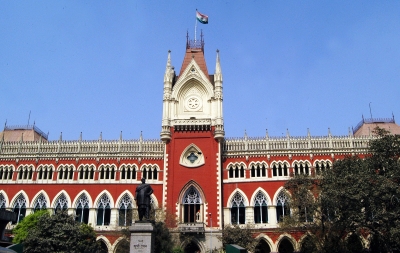 Kolkata, Sep 21 The Calcutta High Court on Tuesday recalled a warrant of arrest issued by the additional chief judicial magistrate of Bolpur on April 13, 2022, against BJP leader Anirban Ganguly.

This effectively means that Ganguly can no longer be arrested on the basis of the warrant. The BJP leader had moved the high court through his counsel Phiroze Edulji, alleging that the police action against him was vindictive in nature.

Ganguly, who did his PhD from Jadavpur University, is now the director of Dr Syama Prasad Mookerjee Research Foundation, a BJP think-tank based out of Delhi. Ganguly has also authored and edited several books.

He had contested the 2021 Assembly elections from Bolpur, but lost to Trinamool Congress’ Chandranath Sinha by a margin of 22,280 votes.

On April 21, 2021, Sudip Bagdi, a Trinamool worker, had lodged a complaint with the Bolpur police station, alleging that a group of seven BJP workers led by Shantanu Homroy attacked him and and some of his party colleagues when they were returning from an election campaign programme.

In their chargesheet, the police claimed that the BJP workers were instigated by Ganguly.

While eight others accused in the matter were granted bail in the matter, the court issued a warrant against Ganguly. The police gave no reason as to why they needed Ganguly under in custody in the case.

Ganguly’s counsel submitted in the court that the police took no steps to inform him of the matter. Ganguly was apparently not aware that he was an accused in the case or of the warrant of arrest.

After hearing the matter and going through the past orders of the Supreme Court cited by Edulji, Justice Bibek Chaudhuri held that the magistrate had no power to issue a warrant of arrest directly in the matter on receipt of chargesheet as the prescribed punishment for the offences Ganguly has been charged with is less than seven years.