Neo-colonists with a focus on India have been active for some time. Especially since the summer of 2014, when Chief Minister Narendra Modi was elected Prime Minister of India with a decisive, overwhelming and unequivocal mandate to transform the fundamentals and lead the country towards its seventy-fifth year of independence and beyond. These neo-colonists, who operate out of India and from across the world are apprehensive that India is finally coming into her own, in fact, they see India already coming on her own. They see India emerging as a responsible global power, they see India rise as a power which matters and it is this that unsettles them.

The neo-colonists’ tool is false perception and false narration. A web of analysts, interpreters and disseminators distribute this false narrative in order to generate and impose a narrative of “democracy in danger” in India. Having seen numerous of their attempts being exposed and failed, the neo-colonialists have started questioning the very basis of India’s democracy, its essence and its essential and core constitutionality. They have started berating and condemning the democratic choice that the people of India have democratically made. In doing this they have roped in a number of think-tanks and scholars who beat drums in support of false narratives on all possible indices to do with India. Ironically, while India has witnessed a palpable democratic surge and resurgence in the last few years, while youth participation in politics and the political and electoral process has increased, countries in the West are witnessing a democratic recession.

The Cambridge based Bennett Institute for Public Policy’s Centre for the Future of Democracy, for instance, in its Democracy Report of 2020 finds that “dissatisfaction with democracy has risen over time, reaching an all-time global high, particularly in developed countries.” Its survey covers a fifty year period, has been taken from 25 data sources, 3500 country surveys and four million respondents from 1973-2020. The report finds, as S.Gurumurthy, noted public intellectual points out, an “acute crisis of democratic faith in Anglo-Saxon countries – the US, Australia, Canada, New Zealand and the UK – and says that the proportion of citizens dissatisfied with democracy in those countries has doubled from a quarter in 1990s to half of all individuals.”

But the scene and democratic climate in India today is a complete contrast. There is an increase in voter’s participation and political participation, an increase in women participation in the electoral process, with the percentage increasing especially in the last few years. Elections and democratic participation continue to be robust and animated in India. While vast stretches of the West suffer from democratic recession, India is seeing a democratic resurgence. This is the reality of democratic India today, led by a democratic government which has been elected with the highest ever mandate in recent Indian electoral history. It is this reality which the neo-colonists want to hide or look away from or deliberately misconstrue. That false narrative is being and needs to be decisively countered and exposed.

In the early years after India’s independence, certain thinkers and experts in the West had predicted India’s imminent collapse. They had argued that the people of India were not inherently democratic people who were unsuited to govern themselves and that India would end up in a democratic mess and would have to be salvaged. These soothsayers were proved wrong. India’s democratic journey was ensured and secured with its essence safeguarded. As Prime Minister Modi said, while addressing the U.S. Congress in June, 2016, “Our founding fathers shared the belief and sought individual liberty for every citizen of India. There were many who doubted India, when, as a newly independent nation, we reposed faith in our democracy. Our founders created a modern nation with freedom, democracy and equality as the essence of its soul. And in doing so, they ensured that we continue to celebrate our age-old diversity.”

Political movements such as the Jana Sangh earlier and the BJP later made a major contribution in ensuring that India retained her democratic essence and texture, that equity and freedom remained her soul. They never allowed India to sink into a conglomerate and dynastic dictatorship. Today, the democratic essence is being so deeply planted so as to ensure its longevity and self-renewing robustness. It has been argued that the citizen needs to be “both the starting point and the focus of democracy”, India’s democracy today and her governance are clearly in line with that essence. 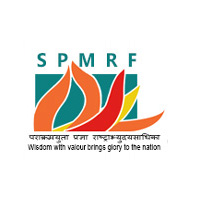