The rabble-rouser of Kalighat is doing what she has always excelled in – frantically running about, mouthing expletives, spewing venom, entreating people to riot and revolt.

While the jawans of our armed forces battle marauding packs of desperate terrorists trying to infiltrate our borders, and while the entire nation prays, with tense anticipation, for their ultimate victory, this expletive-loving rabble-rouser from Kalighat casts aspersions on the Indian Army itself, terming it insurrectionist by nature, a force of intimidation which is hell-bent on destroying the democratic and federal fabric of this country.

No politician, however dumb or however vicious, has perhaps ever done, what Mamata Banerjee did on the night of December 1: cast aspersion and accuse the Indian armed forces of trying to carry out a “coup” in her “republic” of West Bengal.

For this alone, at lease, if not for anything else, she owes a public apology to the people of India, and, especially to the armed forces whose sacrifices for our national security and integrity continues to remain unparalleled.

The Army, in a dignified manner, called her bluff and produced documents which clearly prove that its exercise in areas of West Bengal was a routine one, done – as always – in consultation and coordination with various state units including of course the state police.

But then, it is perhaps difficult for an inherently rabble-rousing politician to appreciate the larger ideals of nationalism, of patriotism and of self-sacrifice.

For Mamata Banerjee, who did not bat an eyelid while doing business with the Jamaat of Bangladesh, who encouraged her local party men to break bread with traffickers of all kinds – human and currency – along the border of West Bengal. For a politician like her who has turned bomb-making into a cottage industry in the hinterlands of Bengal, patriotism, national commitment and sacrifice for nation mean little or nothing at all. 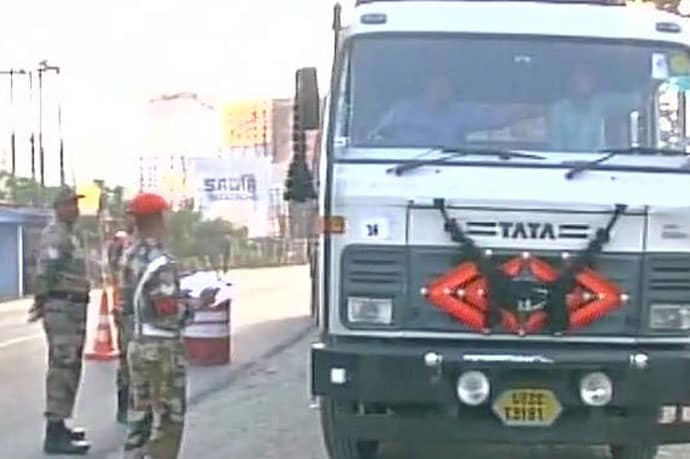 As a corollary therefore, the Indian Army, its sacrifice and sense of duty also means little to her. One has to just recall her reaction when a spoilt son of one of her party leaders, having partied all night, mowed down an IAF Jawan – Abhimayu Gaud – who was rehearsing for the Republic Day parade earlier this year.

But then that is the quintessential Mamata Banerjee – harbouring lumpens, sheltering Jamaat terrorists, bomb makers and war criminals, threatening honest and innocent citizens, targeting and victimising hardworking and honest officers, and encouraging all sorts of elements to thrive as was seen in the case of the Saradha scam. She is willing and happily puts up with these elements, but is unwilling to put up with the Indian Army.

Talking of the Saradha scam, the misery it inflicted on the poor, the role of some of Banerjee’s principal lieutenants in it and her own central role in abetting it, and then in disowning those who poured crores in her party coffers by robbing the poor of their hard-earned savings, is an episode that can form the subject of a detailed case study in itself.

The manner in which Banerjee ensured that her tasteless paintings were forced-sold in crores, the way in which she weaved around her a web of dubious fund-raisers who catered to her whims, and at the same time, nurtured and fattened some of the leading lumpens in her party would put to shame any hinterland gang-lord.

While large number of ordinary people died of shock or committed suicide once the Saradha Scam came to light, Banerjee continued producing third grade paintings and pretending as though nothing had happened. It was therefore sad and profoundly disappointing to spot the likes of Haimanti Shukla, Dwijen Mukhopadhyaya – legendary exponents of Rabindra Sangeet who have spent a lifetime with Tagore’s vision – join Mamata’s motley crowd of rabble rousers in a street procession against demonetisation last week.

It only goes to show that a lifetime dedicated to Tagore does not automatically imply sublimity in self and the capacity to appreciate sublimity and to detect crassness. But then Dwijen da and Haimanti di cannot be really faulted,

“Didi” must have called them up and ordered them out – compliance with her directive is a must for continued survival in the artistic world of Bengal today. The only exception to this rule was the late Mahashweta Devi – who when she passed away was thoroughly disillusioned with Mamata’s manners and state of mind.

Banerjee’s actions are multifarious and many-sided. On the one hand, one of her principal protégé and lieutenant, Madan Mitra, ably aided by others – who are still active in the party – looked after the entire Saradha operations, on the other some of her other assistants repeatedly hounded out Hindus along the border villages, banning Durga Pujas, terrorising women, breaking idols and spreading arson and riot.

To top it all, Banerjee allowed parts of Bengal, especially the areas along the border with Bangladesh become “liberated” ones – where fake currency rackets, Islamist terror modules, Jamaat war criminals were given a free run in connivance with her local party cadres, gradually turning these areas into breeding ground for the ISIS.

Any caution from the federal agencies, any pro-activism on their part has seen expletive laden accusations from “Didi” or “Pishi”, whichever way one wishes to look at her, of interference, of invasion and of fascism.

Banerjee’s hysteria, delusion and conspiracy phobia only goes to prove the deep-rooted fascistic tendencies that she herself harbours. Some of it spilt out early in her tenure, when she got Jadavpur University Professor Ambikesh Mahapatra arrested – she saw a conspiracy to eliminate her through his hilarious cartoons – and outshouted and threatened a bright girl who was bold enough to publicly question her on the increasing violence on women in the state.

Like one of her illustrious predecessor, comrade Jyoti Basu, she was always quick in casting aspersion on the character of those women who faced harassment or were molested in her “oasis of peace.”

The myth of her personal integrity needs busting too – it has already received some dents in the Saradha and Narada episode. The way she has provided for her immediate family, the way she has sheltered them and ensured their rise and the manner in which she has entrenched her family members in the party and in her entire political eco-system is a saga that is less told or less examined. Perhaps someday more light will be shed on it – “Didi’s” full story is yet to be told.

Meanwhile, Bengal undergoes its third excruciating revolution, this one devoid of ideological illusions and moorings, while the earlier thirty-plus years of revolution was conducted in the name of the proletariat under aristocrat comrades, and before that in the name of a false utopia weaved by Charu Majumdar’s murderous philosophy, the current revolution is being undertaken in the name of liberating lumpens and is being led by the rabble-rouser of Kalighat.

What Bengal, today, is an image of what India may become, if the Kalighat rabble-rouser has her way.

In the meanwhile as she continues to hallucinate and spar with imaginary phantoms, Bengal wallows in darkness, with no light in sight.